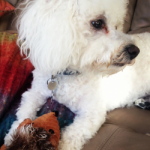 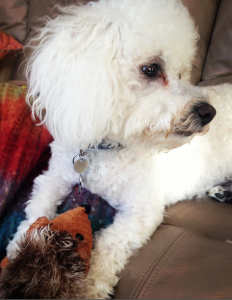 For those of you who don’t know, I am obsessed with spending the majority of my time with my dog, Leo. Leo is my 3-year-old Bichon Frise and is the second Bichon that I have owned in my life. My first Bichon was named Chadee and he lived to the ripe old age of 15. Chadee was my childhood dog; therefore not much time was spent with him due to the extra curricular activities that my brothers and I were involved in. After Chadee’s passing in 2011, my family didn’t have a dog for a year. While my parents were completely content with this, I was not. I had been used to having a dog around since I was three years old, and I needed the empty space in my heart to be filled with the love that only a dog can provide. After spending a lot of time convincing…okay nagging, my parents, they finally agreed to the idea of another dog. Except there was a catch, it had to be a Bichon Frise.

Many may be wondering what this French sounding breed name means. According to the AKC website, “Its name (pronounced BEE-shon Free-ZAY) is French for “fluffy white dog,” which is a very accurate way to describe these 10- to 20-pound four-legged cotton balls.” The breed is a mix between the Water Spaniel and the Poodle, but best part about this breed is that they are hypoallergenic, which makes them the perfect pet for those who suffer from allergies. The Bichon is a very gentle, playful and happy-go-lucky breed. All of the aforementioned reasons are why my family has fallen in love with the breed, and why my second dog had to be a Bichon Frise.

On June 23, 2012, I brought home my little white fluff ball, Leo. A lot of people think that I named him Leo due to his fluffy, lion-like fur or after the dreamy Leonardo DiCaprio, but they are wrong. Though Leo was my dog, I wanted his name to have a special meaning behind it. Some of my fondest memories are from growing up with my two older brothers, therefore I chose to name him after the three of us due to the fact that the first letter of our names spell out Leo; L for Lucas, E for Ethan and O for Olivia. For the last three years, Leo has been a great addition to the family and has brought us a lot of joy and laughter. 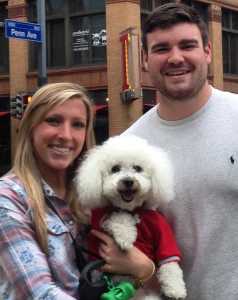 My biggest regret with Chadee is that he was always left at home. I have made it a goal of mine to take Leo to as many dog friendly places as possible. Cue phase one of Leo’s big adventure! Last October, Leo, my family and I attended the Pittsburgh Pet Expo at the David L. Lawrence Center in Downtown Pittsburgh. After making our rounds at the pet show, which happens to be the biggest pet expo on the East Coast, we decided to get something to eat. Thank goodness that the weather was warm enough for us to dine outdoors with Leo. We chose to eat at the Sonoma Grille because of its convenient location right around the corner from the convention center. While we sat outside with Leo, he was able to enjoy a fresh bowl of water and a few table scraps “accidentally” dropped for him. After this long day, he passed out on the car ride home.

Small adventures like these are only in preparation for Leo’s next big adventure, which will consist of a trip to Fort Myers, Fla., in a month or so. My cousin is getting married and since I refuse to board Leo, my family has decided that he is making the trip. Not only will it be good for all of us to get out of the cold, but Leo will also get to experience the feeling of sand on his paws, boat rides, beach runs and more! Florida is a very dog-friendly state and I cannot wait for Leo to have the experience of his lifetime. I’m sure he won’t remember the trip once it is over, but having him with me will make the family trip complete. Wish us luck!

“He drives his motorcycle at a high speed off a ramp, over assorted objects, mostly lines of cars, but also buses or trucks or fountains at Caesar’s Palace, and he attempts to land on a ramp on the other side. The foundation of his success is failure. The more times he lands in an ambulance… END_OF_DOCUMENT_TOKEN_TO_BE_REPLACED 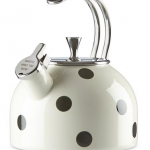