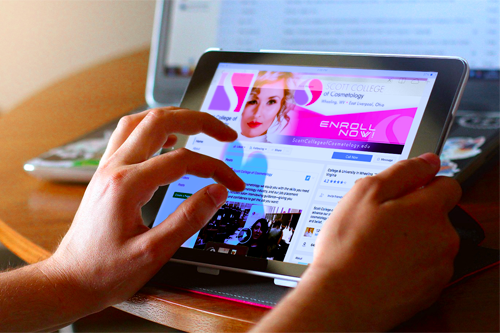 Have you ever been out at a restaurant and seen someone from across the room for the first time in your life, and the next day the same person is suggested as “People You May Know” on Facebook? This isn’t by some coincidence or divine intervention. Facebook has a very in-depth (and somewhat creepy) algorithm to keep you up-to-date and connected with others as much as possible.

It might be a little unsettling for Facebook users to find out exactly how much information the website has on them. Facebook has confirmed that it uses location data to determine who to suggest as a friend to you. So when you’re out at a bar on a Saturday night and you meet someone, it is very likely that you will at least see them pop up on your Facebook in the coming days.

That’s not all though. Most Facebook users have allowed their contacts to sync to their apps. By doing this, you allow Facebook to suggest everyone you’ve been connected with through your phone contacts, while also opening yourself up to be connected to THEIR phone contacts. If you’re in the same location, and also have mutual contacts with people in your phone, the chances are very high that they will show up as someone you should be Facebook friends with.

For example, an attorney wrote “I deleted Facebook after it recommended as PYMK a man who was defense counsel on one of my cases. We had only communicated through my work email, which is not connected to my Facebook, which convinced me Facebook was scanning my work email.”

When Facebook prompts you to sync your contacts, there’s a “Learn More” button. It reads:

“When you choose to find friends on Facebook, we’ll use and securely store information about your contacts, including things like names and any nicknames; contact photo; phone numbers and other contact or related information you may have added like relation or profession; as well as data on your phone about those contacts.”

There’s an insane amount of information that can be taken away from that data you’ve given the website access to. Personally, it doesn’t bother me to have my information out there. I think it makes it easier to stay connected with someone. It’s not forcing you to connect, just making a suggestion. But I can see how it would grind some people’s gears. If you’re one of those people, stay informed. I’ve only touched on the surface of what Facebook is capable of in terms of gaining information.