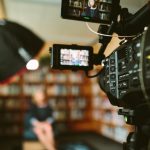 I remember one day long ago I had the bright idea to create short films as a hobby. I thought to myself it can’t be to hard all you really need is a camera, and a way to edit video! So that’s what I did I would invite my friends over, and we would make short comedic sketches! Simple right? It didn’t need to look that great it was just a hobby. That’s what I told myself over and over as I was constantly judging my content against others.

Okay, okay its camera angles! I will just study up on how to do multiple camera angles that’s all I really need! Wait!  I need to incorporate camera moves as well. Hang on! Everything with lighting looks better, lets add that! Ahh I need better quality sound! A better camera! I need to color grade! Audio correct!?

Slowly my brain began its descent into the deep dark pit of film making. You see I am a bit obsessive. I thought when I began all I needed was a simple camera, a few friends and that was it. I wasn’t wrong! It is true you can do some amazing things with a minimal crew, and zero knowledge beyond using Adobe Premiere, but I am weird!

I am the kind of person you should never utter the phrase, “but wouldn’t it be cool?” to. Because, if I think it’s cool as well, I will lose sleep, go on a caffeine binge, not eat, and obsess about it until I figure out how to do it. If you share these same traits then tread lightly around the pit of film making, because it is DEEP!

A while back I was having an itch to make an action film. I wanted guns, fighting, zombies, helicopters, missiles, and to blow up a car! Yes, a car! Why? Because, explosions!! So, I journeyed down pass editing, and went into compositing. This was a new area with all sorts of possibilities I could place in muzzle flashes. Add squib effects for bullet hits anything I wanted as long as it was a two-dimensional object. I was feeling like I could be the next Michael Bay! (Pre-Transformers… It’s getting old, Michael)

Then the car. No matter what I did I could not comp a car explosion to make it realistic! It was as if that car was laughing at me! You see my camera was rotating around two action hero’s swarmed by zombies, and well I couldn’t have a two-dimensional picture of a car on fire. Everyone would make fun of me and call me ugly! Well that’s what I thought… So very scarcely I shakenly crawled my way passed 2d compositing, and into 3d.

Ahh yes! A 3d program. The best way to explain this floor is to imagine that you could recreate the whole world to look just as good as real life. Now think about, for every tool on that program to recreate that level of detail there was a button on your keyboard for that tool. How big of a keyboard would you have? That would be more keys than Mariah Carey can sing! Now imagine navigating that keyboard to press the one button to do the thing you want to do. Crazy right!?

Well this was too far. I traveled way to far down this hole. Feeling defeated I slowly climbed my way back up to the fun land of compositing, but I stopped mid-way slowly looking back. I thought “but wouldn’t it be cool?” THAT’S RIGHT! I jumped down there rolled up my sleeves and prepared for war!

After many months of flipping every dang switch! Crashing my computer many times! I finally made a 3-dimensional car and placed an explosion on it! Then ate five pizzas! 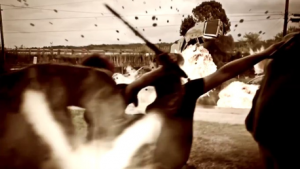 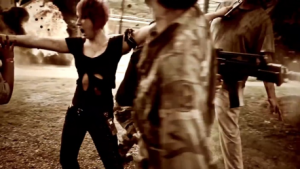 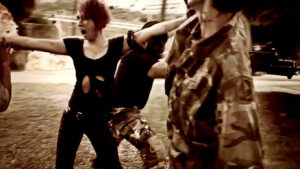 This was years ago. If you were to ask me even now if I know everything there is to know about film making. My answer would be no one does. I am better than I was yesterday, and tomorrows challenge will descend me further down this pit of film making. I am not sure there is enough years in a lifetime to fully climb down… But wouldn’t it be cool? 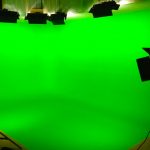 Before we can explore into the vast realm of visual effects, we need to understand what a visual effect actually is. Once this is known, we can explore how an effect is graded upon, and whether it is Hollywood quality or not. My end goal with this blog entry is to convince you that you… END_OF_DOCUMENT_TOKEN_TO_BE_REPLACED