Call it precognition if you wish.

The psychic ability, that is, to see into the future.

So, yes, the tradition lives. My annual prediction of WVU’s football season lives and breathes. And today it shall be unleashed from 16 Cypress Ave in Wheeling.

Aug. 31, 2 p.m., James Madison at WVU– It’s quite a twist that the opposing coach – in this case, Curt Cignetti – probably knows the history of WVU’s program better than the current coach, Neal Brown. Cignetti, of course, played quarterback for the Mountaineers and his father, Frank, was once the head coach. More importantly, though, JMU enters the season as the nation’s No. 2 FCS team and West Virginia is rebuilding. The Dukes return all but one starter on defense from a 9-4 team. And that loss is being filled by All-Colonial conference back Rashad Robinson, who is coming off a foot injury. The Mountaineers will have to get off to a good start offensively – in front of a sold-out crowd – and, on defense, rattle JMU quarterback Ben DiNucci. The Dukes signal caller threw 12 interceptions last season, including five to Colgate in a playoff loss. WVU defensive coordinator Vic Koenning will be key. WVU 30-27.

Sept. 7, noon, WVU at Missouri – The Tigers lost QB Drew Lock to the NFL’s Denver Broncos and are banned from the postseason because of NCAA violations. Yet coach Barry Odom continues to solidify Mizzou’s program. Known for his defensive prowess, Odom still landed ex-Clemson starter Kelly Bryant at QB. If Mountaineer QB Austin Kendall can wear down the Tigers’ defense, though, WVU has a shot. The thought is it will take a while for Missouri’s offense to adjust to a completely different style at QB. Missouri 28-21.

Sept. 14, noon, N.C. State at WVU –Just like Missouri – and WVU – N.C. State is replacing a fine quarterback in Ryan Finley. Wolfpack coach Dave Doeren is also replacing six others from an offense that was No. 8 in passing last season. Were this game set for Raleigh, perhaps the vibe would be different. But West Virginia will have gained a little confidence – despite the loss — in Columbia and will have more after playing the Wolfpack. WVU, 35-28.

Sept. 21, WVU at Kansas– Will the Mountaineers hand new KU coach Les Miles his hat? They should. The Jayhawks are still short-handed, despite the “The Hat” landing a nice recruiting class. The expectation is KU will go heavy with the run game, which could play into the hands of the Mountaineers. If Kendall can effectively pass against a secondary that’s KU’s defensive strength, expect a good day for Brown and company. WVU 42-24.

Oct. 5, Texas at WVU– Here is where Brown will have to get the Super Glue out – to keep the Mountaineers’ season together. Tom Herman does indeed have the Longhorns back. Last season, they were 10-4. QB Sam Ehlinger is proving to be Tebow-esque. Expect WVU’s Kendall, though, to have some success against Texas’ secondary. Expect the Mountaineers to keep the game close. In the end, however, WVU will get worn down by the Longhorns’ athleticism. Texas, 44-30.

Oct. 12, Iowa State at WVU– Many are predicting ISU to be a dark-horse Big 12 championship game contender. Don’t believe it. In fact, Baylor might beat the Cyclones on Sept. 28 in both teams’ conference openers. What will be troublesome to the Mountaineers, though, is Iowa State’s defense – especially the line and linebacker Marcel Spears Jr. It’s not a good matchup for West Virginia, even though the Mountaineers could enter as a slight favorite. ISU, 28-17.

Oct. 19, WVU at Oklahoma – Brown and Koenning will have to earn their salaries here. The Sooners are picked by most to win the Big 12 — and with good reason. New quarterback Jalen Hurts, the transfer from Alabama, is a proven winner. Ditto Oklahoma as a whole. The Sooners could enter as 17- or 18-point favorites. Let’s hope for the Mountaineers it doesn’t get ugly in Norman. OU, 52-24.

Oct. 31, WVU at Baylor –The Mountaineers will have a week to regroup for this Thursday ESPN game in Waco. Again, this is where Brown’s pedigree will be a key. West Virginia will match up well with the Bears, even if Baylor is a slight favorite. Yes, WVU will have to slow fine quarterback Charlie Brewer, but the Mountaineers should have offensive success against the BU defense. A real coin flip. Baylor, 31-30.

Nov. 9, Texas Tech at WVU– Don’t be surprised if this turns into a good game. Even though Tech lost coach Kliff Kingsbury to the Arizona Cardinals, it returns underrated QB Alan Bowman. The Red Raiders will score points. Also – shocker alert – Tech will be OK on defense this season. Another coin flip. WVU, 31-30.

Nov. 16, WVU at KansasState – Gone is revered K-State coach Bill Snyder. And only your soothsayer knows what new coach Chris Klieman has in store for the Big 12. Expect Wildcat junior quarterback Skylar Thompson to have a fine year. He fits what Klieman did – run the QB – at North Dakota State. If the Mountaineers can keep Kendall upright, though, West Virginia wins another close one. WVU, 21-17.

Nov. 23, Oklahoma State at WVU– Expect OSU to enter this game as a slight favorite. Mike Gundy, however, will have to solve his quarterback dilemma by then. Does he start freshman Spencer Sanders? Does he start senior Dru Brown? Does he play both? Can WVU’s defense exploit the situation? Can the Mountaineer offense exploit OSU’s thin linebacking corps? Should be a fun game. WVU, 42-40.

Nov. 29, WVU at TCU – If you’re looking for a dark-horse contender for the Big 12 championship game, TCU, not ISU, is your team. Horned Frogs coach Gary Patterson may be the league’s best. And he’s followed 7-win or worse seasons with records of 10-2, 11-1 and 11-3. If TCU enters as a touchdown favorite, stay away if you’re a Mountaineer fan. TCU, 40-21. 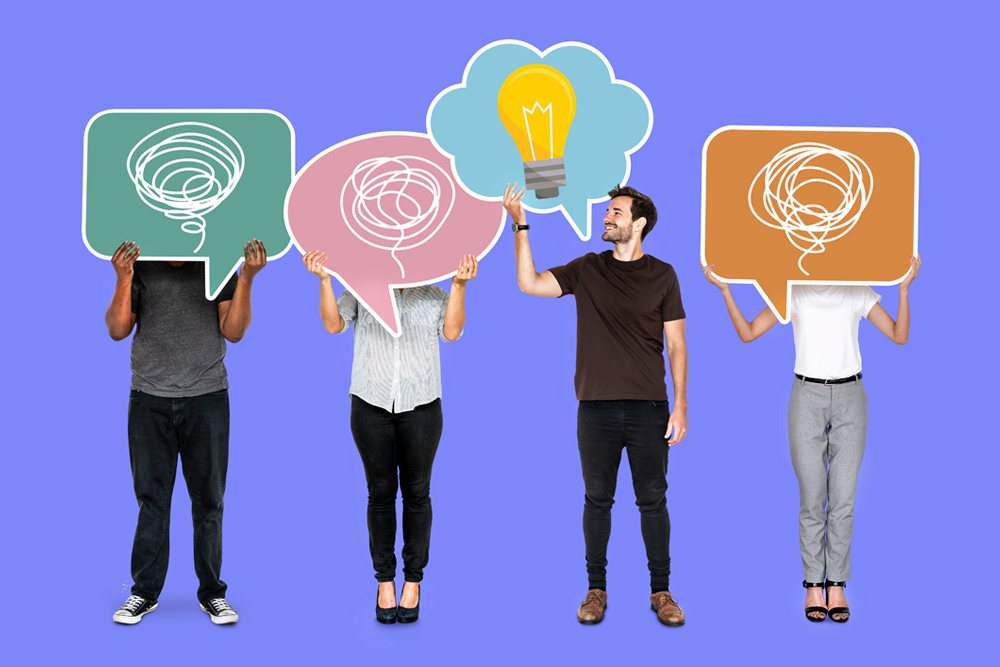 People often say to creative people they wish they were more creative themselves. They tell designers they used to draw but gave it up because they didn’t have enough time. They tell writers they’ve always wanted to write a novel — the idea is already in their head! — but they lack the talent to… END_OF_DOCUMENT_TOKEN_TO_BE_REPLACED

What does a designer need to survive in an agency? We really don’t need much, really — maybe some snacks, a non-regimented workspace. But we do need direction. No, not the north-south type of direction, although, OK, at times we need that as well. But I’ve been asked many times to create billboards. Industry code… END_OF_DOCUMENT_TOKEN_TO_BE_REPLACED

Ah, the old days. Or, rather, last August. It was then – and the August before and the August before, etc. – I’d piece together my preseason Associated Press Top 25 list. Many have screamed about such preseason polls. They’ve called it folly. And, to some degree, yeah, OK… But, man, they are also great… END_OF_DOCUMENT_TOKEN_TO_BE_REPLACED 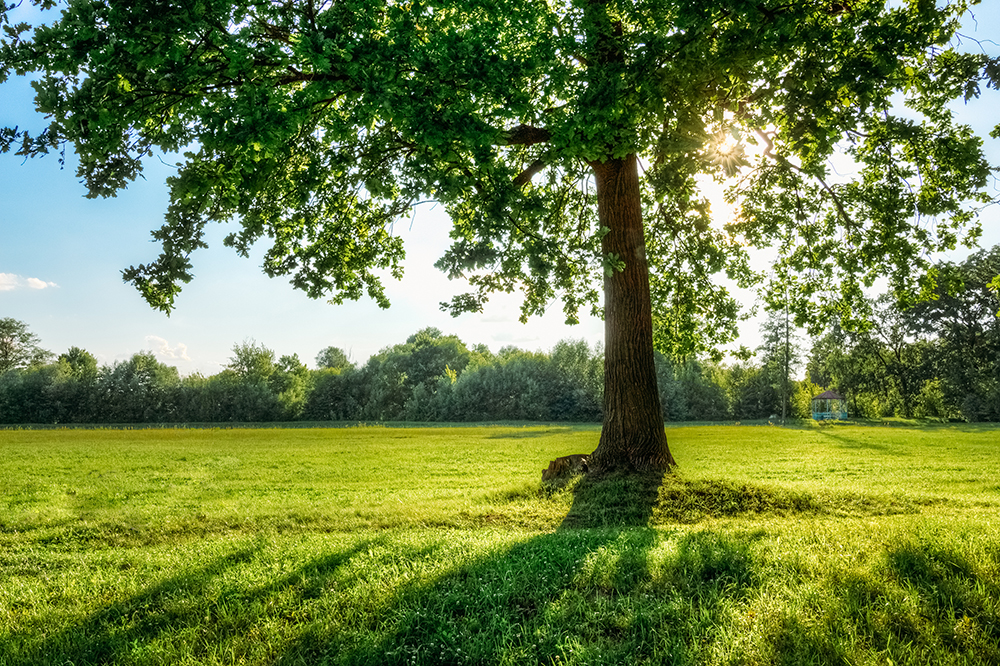 They say he who plants an oak tree does so knowing the shade provided will be for a future generation. Though this may be true, the growing oak provides plenty of benefits for the here and now. Watching something so frail and tender as a young oak grow, knowing that one day it will be… END_OF_DOCUMENT_TOKEN_TO_BE_REPLACED

In the past few months, Wheelhouse Creative helped publicize the recent “Blame My Roots” festival. And today, well, I guess you can blame my roots. See, last weekend, my high school class had a reunion. Not the 30th. Or 40th. The 41st. So forgive me for not holding out until 2020 to reminisce about WVU… END_OF_DOCUMENT_TOKEN_TO_BE_REPLACED