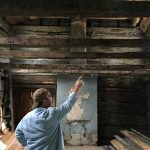 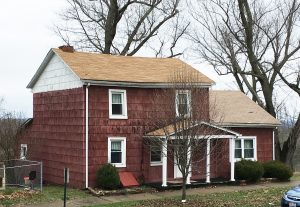 My wife and I are at a place in our lives where travel is not as important to us as it used to be. We liked traveling to far away lands. Now we are much more interested in traveling to far away times. For us our most recent journey takes the form of an 1809 log house in Mount Pleasant, Ohio. 1809, for Ohio, is very early. Ohio was only officially accepted as U.S. land in 1803. So a house built there in 1809 is considered an old house.

We live on a farm that was first cleared and farmed by John Nixon back in the 1770s and 90s. Located in what is now considered Martins Ferry, at least by the U.S. Postal Service, just across from what was once Warwood, Virginia lies a piece of land that was at the time considered to be Indian Territory. John Nixon and his sons would cross the Ohio River, climb an ancient buffalo trail and walk to a secluded piece of land that few whites, and few Native Americans knew existed. The Nixons farmed this land until the U.S. Military burned them out and forced them back across the river in 1802. Like I said, this was considered Indian Territory.

The land and history of the John Nixon family has fed our desires for the past 15 years, but when we first heard rumor that there was a house in Mount Pleasant, Ohio, just ten minutes from our farm, our curiosity was piqued. We latched on to that like a pit bull on a pull toy. My wife dove in head first and found the address, the owners and someone who was able to get us a look into the house. 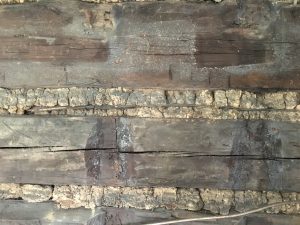 From the outside, the place was ugly…dismal even. There was no way I could imagine we would buy the place. It was ugly and run down looking, but there was that one small temptation. It could be a 200-year-old log house. We got inside. Inside it was even worse. It stunk. There was absolutely nothing appealing about the place. There was one main structure. It measured 20 x 25 feet. That added to our belief that it was indeed a log house. That was a common size for log houses in the early days of America’s westward expansion. There were two add-ons. One we later found out was built in 1840 as a viewing room for a funeral parlor, and one that was built as a bedroom and a kitchen. The kitchen was originally a porch, but was later closed in, and, in the 1940s, housed a couple little girls whom I met last week. Both of these little girls are now seniors in our society, and both were totally unaware that they once lived in a log house. 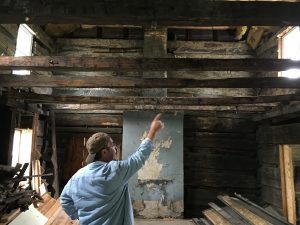 So my wife and I bought the place. We did so without ever seeing a single log. We bought the place on the promise of someone we had never even met, a man from the Evangelical Friends Church of Mount Pleasant. He said he moved into the place in 1962, and made significant repairs and improvements, many of which we are only now upgrading. He assured us by phone that the building was indeed a log house. So we took the plunge. An agreement was struck, and we paid the bounty. That first day, the day we first took possession of the place, I took a hammer and punched a hole through an inside wall. I found no logs. My heart sank. My wife suggested that I punch another hole into a corner of the house. I did so, and to our great relief we discovered a log. That log turned out to be 28 inches wide by 25 feet log. We were hooked. 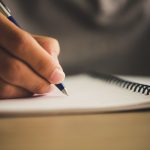 My original life plan was to go to school to be an occupational therapist. After sitting in a bunch of science classes that would help me with my “dream career,” I decided that I no longer had an interest in science and that I wanted to do something else. I finished out the semester and… END_OF_DOCUMENT_TOKEN_TO_BE_REPLACED