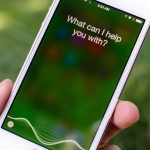 All this modern technology is ruining us. It’s frying our brains. It’s turning us all into mindless zombies. I mean now we even have Siri to talk to us, to send texts for us, to schedule appointments for us and to record those appointments in our calendars. Are we so busy that we can’t take the time to enter our own appointments? Can we not send a simple text? What have we become? Then again, maybe things aren’t all that bad. I mean maybe, just maybe some of this technology is helping us.

It used to be that when you wanted to say something to someone you would either call them or send them a letter. What’s a letter? I was afraid you might ask that. A letter is something that you wrote to convey a message that perhaps you wanted to be planned and worded more precisely than a phone conversation. Every word had to be thought out. Every sentence had to be placed properly in the paragraph. And if you cared at all about what the recipient thought of you you had to put real effort into your choice of words. Once you hung up the phone those spoken words were gone. No proof existed, but a letter was a different thing. A letter was permanent.

I loved writing letters. I would compose them, recompose them and then rewrite the whole thing once I had it all figured out. Then along comes texting. I fought it as long as I could. Early on when someone would send me a text I would call them and say that I didn’t text. Snarky, I know, but that’s how I felt. Then, one day my eyes were opened to the wonderful world of texting and everything got easier. At first my texts were like little letters. I insisted on holding onto at least a little of the old letter writing tradition. I would get mad at people when they would text “K” instead of “OK,” or when they would type “R U in” instead of “Are you in?” But eventually I wised up and started using texts the way they were intended. I hope that is OK w/u.

Somehow, somewhere along the line, even texting got to be too much. I mean I had to peck each key one at a time with my fat little fingers and that just took too long. Add to this that nowadays you get caught using your phone while driving you get a $100 fine. Something had to be done. Enter Siri. As is my norm with anything new, I had to hate Siri for a little while. She was so smug. I didn’t like anything about her, except when Roj from Big Bang Theory thought of her as his girlfriend. That was funny, but for the most part I refused to use the Siri feature on my phone because it was one more thing, one more piece of my life that I would have to give up. I was afraid that using Siri would somehow make me stupid, or at least destroy what little linguistic or writing skill I had. Once more I was wrong.

I first started using Siri to look things up on Google, or maybe to obtain directions on my phone’s maps. One day, I used Siri to answer my phone, then to read texts or emails that were sent to me while I was driving. Driving was really about the only time I used Siri. Eventually I got to the point where I used Siri to compose and send texts. This felt like the ultimate indulgence. Using a software to type my texts while I was driving was the bomb. All I had to do was say, “Hey Siri,” and then talk. She did the rest. I loved it. That is I loved it until I reread some of these texts, and found that I had asked someone if they “would be able to meek witmerabbit” or “how about I call  around tent pm”  – it’s as if Siri and auto correct were working together to make me look as stupid as possible.

After some getting used to one another, me getting used to Siri and Siri learning to type what I meant, we started to get along fine. I even thank her when she does my bidding. I still feel a little guilty asking a software to send messages for me. I still feel like at least some part of my brain is atrophying. I worry that one day I won’t be able to spell at all, but then again with auto correct and Siri one never knows what is being spelled anyway. One good thing that has come from having Siri work for me is that I have had to learn to be very clear and concise while dictating to my new digital friend. In some small way this has helped me to better formulate things I know I am going to have to say at work. Siri is not a patient software. You pause for more than half a second and she has already moved on. To talk to Siri you have to know what you are going to say and say it. So all in all, I guess some good has come from my new friendship. And for what it’s worth, I use the British female version of Siri because I think it makes me look smarter. 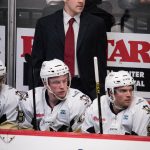 When you think about where the Wheeling Nailers are at this point in the season, it’s fairly remarkable. They’re three wins away from playing in the team’s first Kelly Cup championship series, and have never played this late into the calendar in history. They’ve also tied a franchise record with nine playoff wins. But here… END_OF_DOCUMENT_TOKEN_TO_BE_REPLACED 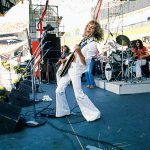 I don’t remember the first song I ever heard, but I’m sure I loved it. I do, however, remember the first time I realized music would become a driving force in my life. The summer of 1976 was a magical time for a 12-year-old. The country’s bicentennial celebration was in full swing and the nation,… END_OF_DOCUMENT_TOKEN_TO_BE_REPLACED

One of my favorite social media apps is an app called “Timehop.” Timehop is an app that collects all of your old posts and photos from your mobile device, Facebook page, Twitter, Instagram and Foursquare and takes you back in time to when your photo was taken or post was shared. Before I get out… END_OF_DOCUMENT_TOKEN_TO_BE_REPLACED 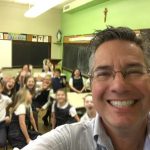 Over the years I have been asked many times to talk to young people about topics ranging from photography to farming, creative thought to traditional dance. Recently, I was asked to speak to the third grade class of St. Michael’s School about what it is that I do at Wheelhouse Creative. That got me thinking.… END_OF_DOCUMENT_TOKEN_TO_BE_REPLACED